The life of Mary with Jan Philip Schulze on Naxos

Rachel Harnisch and Jan Philip Schulze reinterpreted the song cycle of Paul Hindemith's Die Marienleben and recorded it on CD.

Paul Hindemith's song cycle Marienleben was even considered by the composer to be perhaps the best work he ever wrote ... a remarkable achievement in a work that includes his seven string quartets and the opera masterpiece Mathis the Painter. Although he was initially very proud of the original version of 1923, he later became somewhat dissatisfied because he felt that the vocal line was not so well related to the lyrics or the piano piece, so a quarter of a century later, while he was living in America, he revised it the cycle to what he thought was his final form. 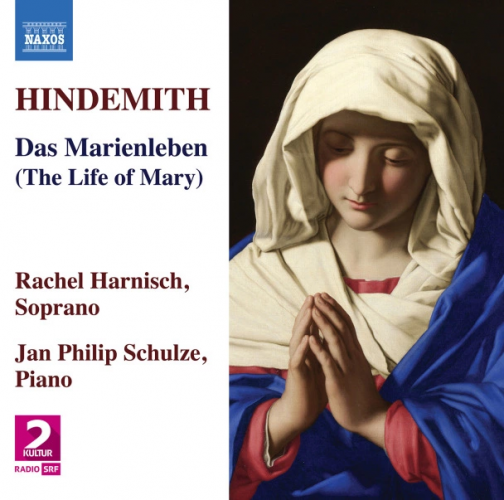 This edition from 1948 is the one recorded here, although a bit of rummaging around on the internet has surfaced a number of recordings of both versions, including a double CD set on Koch International Classics, in which soprano Judith Kellock performs both. Probably the most famous or at least well-publicized version of the earlier version is the Columbia / CBS recording by soprano Roxolana Roslak and pianist Glenn Gould. But the point I make is that there are many beautiful shots of this cycle in both incarnations.