Rachel Harnisch interprets the songs 'Des Knaben Wunderhorn' by Gustav Mahler under the direction of the great Eliahu Inbal.
Eliahu Inbalin's career as a major international conductor began when he won the 1963 Guido Cantelli Competition at the age of 26. Since then, was principal conductor of the Frankfurt Symphony Orchestra, the Teatro La Fenice in Venice, the Czech Philharmonic and the Tokyo Metropolitan Symphony. Inbal began conducting at the Jerusalem Music Academy and graduated from the French National Academy of Music, where he taught Oliver Messiah, among others. His Mahler and Bruckner recordings have won international awards, and his interpretation of the Shostakovich symphonies is groundbreaking. 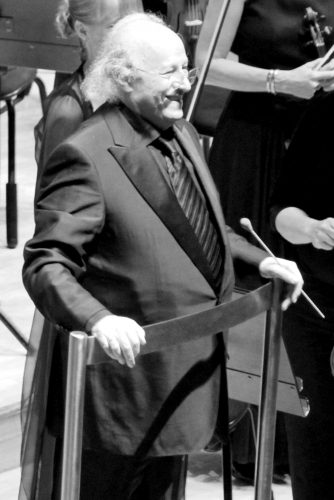