A star soprano and a long-time musical companion are this year's New Year's Eve and New Year's guests of the Zurich Chamber Orchestra: flute magicians Maurice Steger and Rachel Harnisch take the audience at the KKL Luzern and in the Tonhalle Zurich on a musical search for clues about the four elements of fire , water, air and earth.

The Zurich Chamber Orchestra and its New Year's Eve guests Maurice Steger and Rachel Harnisch will musically pop the corks in two concerts. Starting with Jean-Féry Rebel's "Les éléments" from 1737, the program spans a wide arc from the musical big bang of the Baroque era to operettas and Neapolitan folk songs.

At the turn of the year, the soprano Rachel Harnisch, originally from Valais, and the recorder player and conductor Maurice Steger, who grew up in Graubünden, explore the elements of fire, water, air and earth vocally and instrumentally. Based on Jean-Féry Rebel's composition "Les éléments" from 1737, they have put together a diverse concert program that artfully combines baroque arias as well as operettas and a Neapolitan folk song to create a festival of the senses and of nature, human conflicts, passion and lust for life tells. 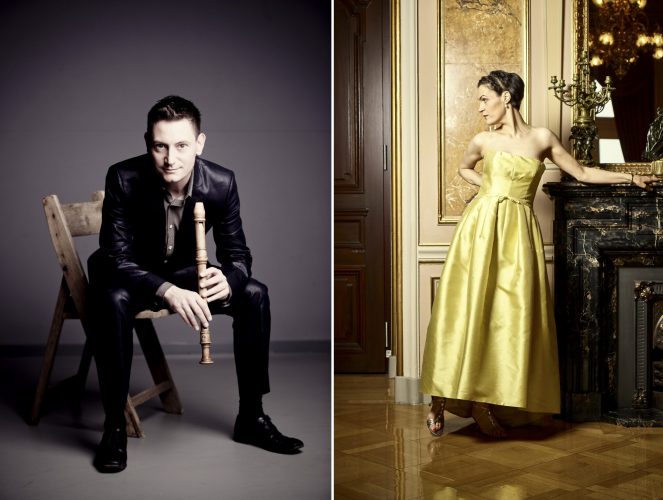